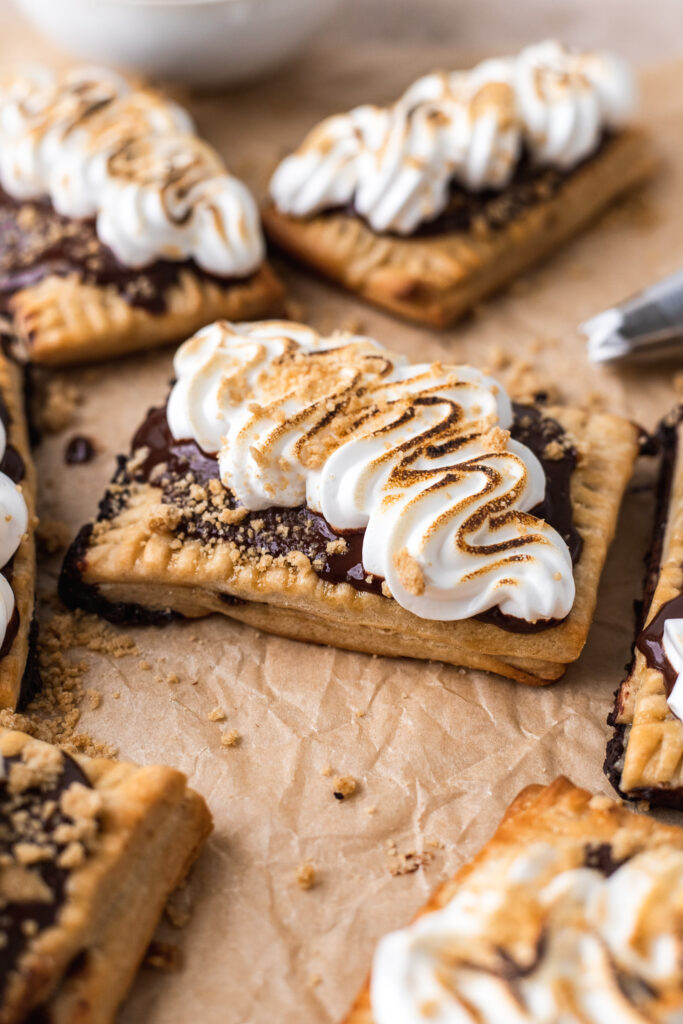 Made with Let’s Do Organic Heavy Coconut Cream by @the_bananadiaries 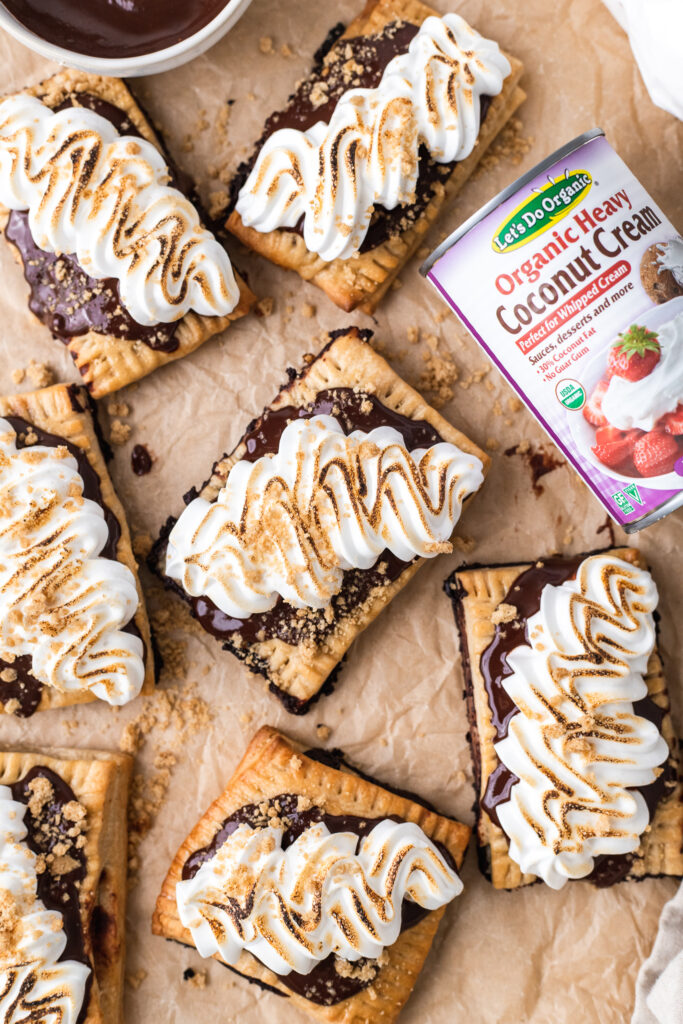 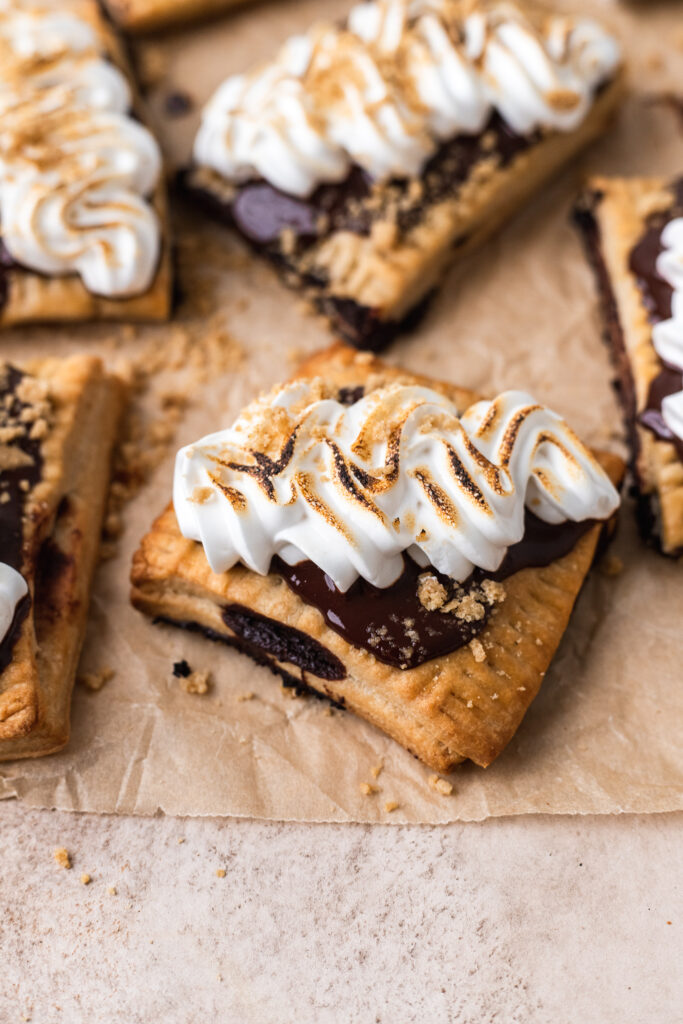 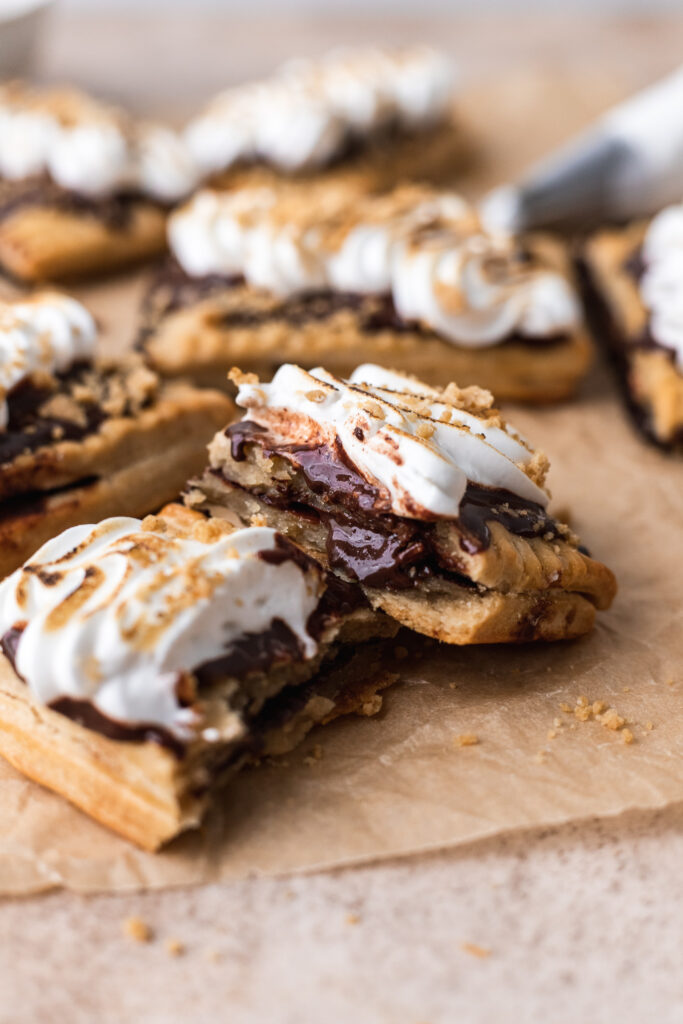 1. Make the dough. In a food processor, blitz together the flour, sugar, cinnamon, and salt. Then add in the cubed vegan butter and dairy free yogurt, and pulse again until a crumbly texture has formed, about 30-40 seconds. Then while the food processor is pulsing, add in the water, 1 tbsp at a time until a thick and consistent dough forms, about 3-4 tbsp (start with 3 and mix for 30 seconds. Then add another tbsp if needed).

2. Chill the dough: Press the dough into a flat disk and wrap the dough in parchment paper or plastic wrap. Chill for 30 minutes to 1 hour, or overnight.

3. Make the vegan chocolate ganache: As soon as you chill the dough, make the ganache. Heat coconut cream either via stovetop or in a microwave safe bowl in the microwave until hot. Remove from heat and pour over the vegan chocolate chips. Let stand for 5 minutes. Then stir the coconut cream into the chocolate chips until melted. Place the ganache into the fridge to cool while the dough is chilling.

4. Roll out the dough: After the dough is chilled, preheat the oven to 425F. Lightly flour a clean surface or silicone baking mat that has a ruler or a piece of parchment paper. Place the dough onto the floured surface, and flour the rolling pin as well. Roll the dough out to be 8″ by 18″. Make sure that the corners are 90. You can trim the dough as well so that the corners are even and accurate.

5.Slice and fill the pop tarts: On the 18″ side (length), make a mark every 3 inches. That will be where we’ll slice the pop tarts. On the 8″ side (width), mark at the 4″ mark. Then slice the dough using a large kitchen knife or a pizza cutter lengthwise along the 4″ mark so that the dough is sliced in half. You will now have two rectangles that are each 4″ by 18″. Then slice width wise along the 3″ marks to create 12 rectangles. Spoon about 1-1.5 tbsp of chocolate ganache into the middle of one rectangle, spreading the filling just in the middle and saving room along the edges to seal the pop tart. Repeat for 5 other rectangles (for a total of 6 rectangles of dough with filling on them).

6. Seal the pop tarts: Place one of the un-filled dough rectangles over the top of one of the rectangles with the filling. Press the edges of the dough into the bottom, and then seal them off by pressing the tongs of the fork along the edges to create a crimp. Poke 2-3 holes in the top of the pop tart to create ventilation while baking. Repeat for the remaining rectangles. You’ll yield 6 pop tarts total. Make sure that the pop tarts are truly sealed, to ensure they don’t leak!

8. Bake: Once chilled, place the baking sheet into the oven to bake for 20-23 minutes, or until the tops of the pop tarts are lightly golden brown. Remove the pop tarts from the oven.

9. Meringue topping: While the pop tarts are cooling, make the vegan marshmallow meringue topping. In a stand mixer, whisk the aquafaba and cream of tartar on high speed until foamy. Add in 1 tbsp of sugar at a time, waiting 30 seconds between each tbsp. The meringue will begin to fluff. Whisk into stiff peaks, then add in the vanilla extract.

11. Top the pop tarts: Spoon about 1 tbsp of ganache on top of each pop tart. Then pipe the meringue on top and lightly toast with a kitchen torch. Sprinkle crushed graham crackers on top. Serve and enjoy!

Ready for some caramel-y goodness?! 🤩 then you'

Looking for an easy weekend meal? 🍝 Whip us thi

The first day of Fall 🍂 is tomorrow! We’re re

Looking for a delicious mid-day snack? 🙌 These

Vegan BBQ Jackfruit Nachos 🤩 Whip up an easy me

What's your go to lunch? These Spring rolls are th